There may be times that you would like to use a apps or Software but are unable to because it is not compatible with your Mac. By using 15 Best Windows Emulator for Mac, there is no need to change OS or get another PC dedicated for Windows as you can run Windows application, program, like they are native to your Mac.

This application can cost from $49.99 to $69.99. This is one of the best applications that you can use for running Windows programs on your Mac computer. It is easy to set up and use. Follow the on screen instruction for the installation and you are ready to use it in a few minutes. There is no need to reboot so you can conveniently access Windows and Mac programs simultaneously with ease. Like VMware Fusion, it also allows you to choose various views including full Windows view, full screen mode and coherence mode. The good news is that, the parental controls that you have set on your Mac will follow even when Windows is used.

Get this application for $34.95 and start accessing Windows application like they are native to your Mac. This does not require any reboot so you can immediately access whatever application you need, whether it is a Windows or Mac program. You have the option to have a full Windows view so you can have the feel of the Windows operating system. You may also choose to open Windows and Mac apps on separate Windows. If you want a full integration on your Mac, you may also choose to get a full Mac Window instead. With this, all applications, including those native to Windows can be accessed like you would run other Mac programs.

From $39.95 USD to $59.95 USD, you can get this application to run Windows on your Mac. It does not require creating a virtual machine and it does not also require installation of the Windows operating system. Install this application and start using Windows programs as if they are part of your Mac computer. There is no need to reboot just to access your Windows apps. They work seamlessly along with your usual Mac programs. 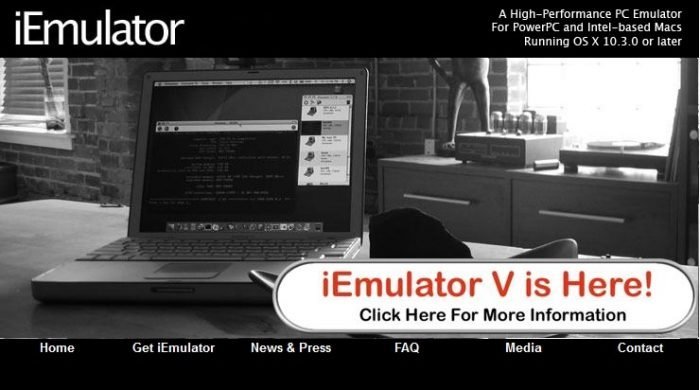 Q was a free, open source virtualization environment that could run Windows on Intel-based Macs. Q used the QEMU virtualization engine port to Intel Macs by Gwenole Beauchesne, the same as used in WinTel 2.1 and later. Universal binaries (PowerPC, Intel) were available. 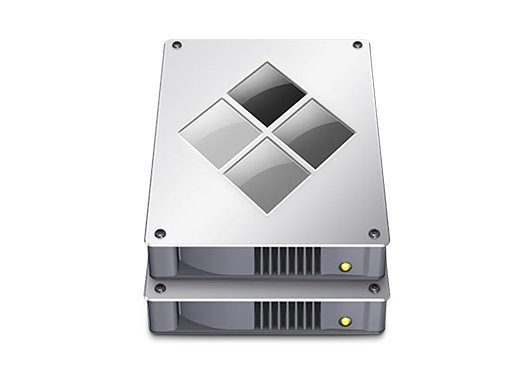 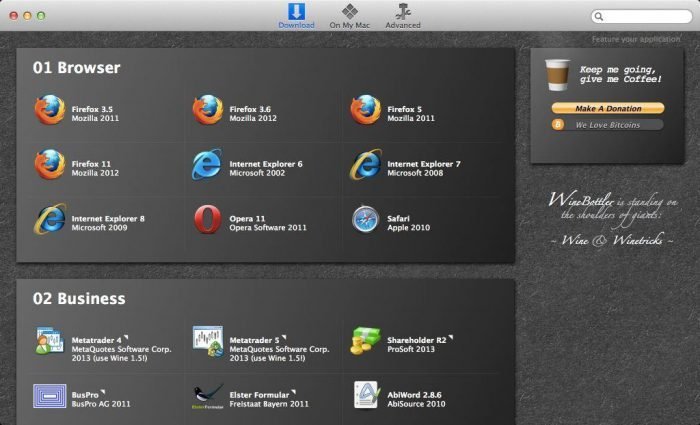 This is a free emulator that lets you run specific Windows applications on Mac. This combines features from Wine and other emulator tools. This is more convenient if you wish to run only a number of Windows applications and you do not need the entire operating system itself. Since it does not really use Windows, there is no need to create a partition and install a licensed software, which can cost a lot. 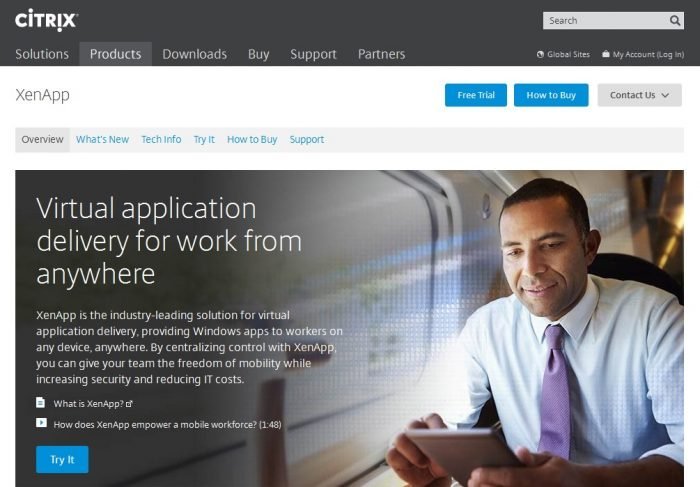 This is an application that allows you to access any Windows program on Mac. In fact, it will let you access any type of application on any device. Applications are saved on a database and centralized. When a user needs to use an application, it will be streamed on whatever type of device is used. If the user is not connected to the Internet, it uses the Citrix application virtualization, which emulates Windows. 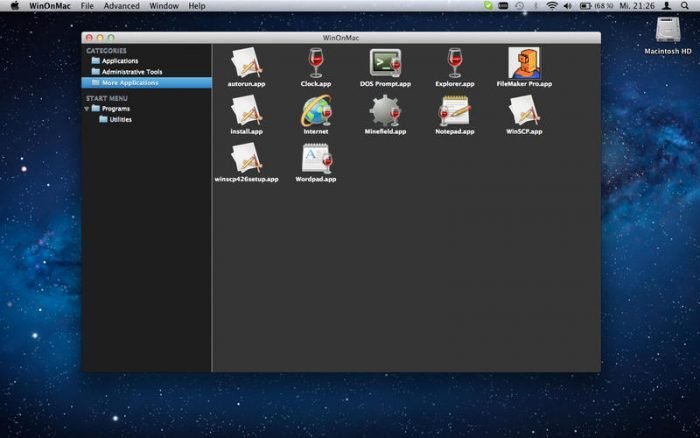 This is another application that is based on the free Wine application. It is available for $4.99. You need to be running OS X 10.6 or later in order to use this program. It does not require installation of the Windows operating system. While most Windows applications run on this program, there are still some that are not compatible. The developers of this app are continuously looking for ways on how to improve it. If users find any Windows applications that are not running on it, they are requested to let the developers know so they can include this on their next update.

This is a tool that is included on Wineskin, which can be downloaded separately. It is used for creating ports, which wrap the Windows applications to make them work in a Mac environment. This is for free so there is no need to spend anything to start accessing Windows apps on your Mac.

VirtualBox is an open source application, so it is not only for free but it is continuously developing. Furthermore, if you need help with this program, there are several contributors that will be there to help you with your concern. This application lets you create a virtual machine not only for Windows but for Linux and other operating systems as well. So this means that you can have two or more operating systems running on your computer. Most of the hardware connected to the computer will work without a problem, whether using a different OS, including camera, printer and CD drive. 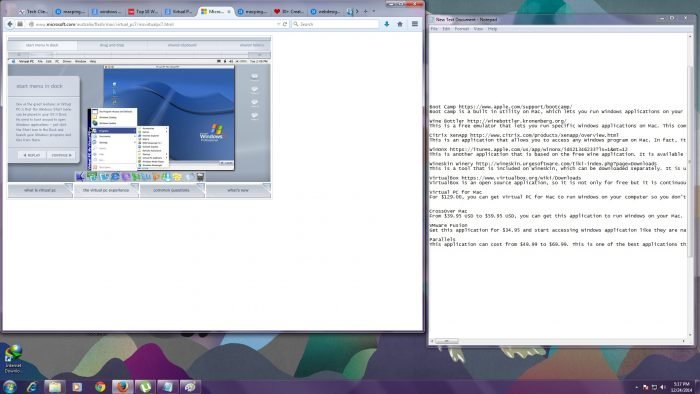 For $129.00, you can get Virtual PC for Mac to run Windows on your computer so you don’t have to get a separate computer to use Windows applications or change your operating system completely. Print any Windows documents without installing the driver of the printer on the operating system, as it will use the default printer of Mac, even when you are using the other OS. One of the best things that this application offers is that it allows networking with other Windows computers. This means that you can easily share and transfer information with other computers, whether they are running Mac or Windows.
Guest PC 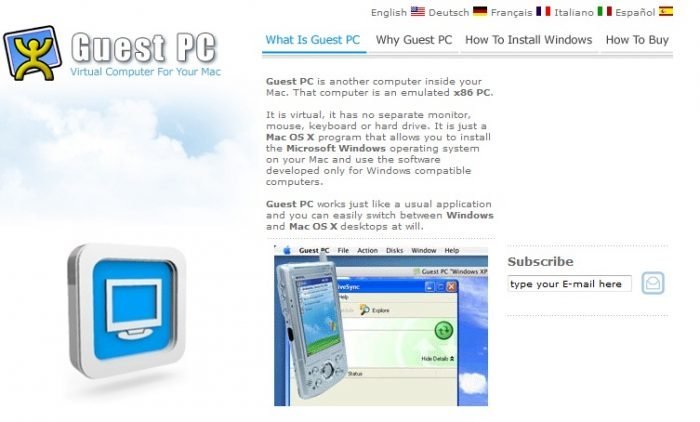 X86 Emulator for Mac OS X. Guest PC supports every version of Windows from Windows 3.1 to Windows XP Professional. Comes with DOS preinstalled. Users need to install their own copy of Windows. The system comes with a Windows Setup Assistant to help users install Windows and setup modem, printer, and network connection.